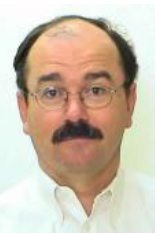 Bernard Hoekman manages the World Bank’s international trade department. Prior positions at the World Bank include Research Manager of the trade and international integration team in the Development Research Group; manager of the trade capacity building program of the World Bank Institute; and trade economist in the Middle East/North Africa and Europe and Central Asia departments. Before joining the World Bank in 1993, he was an economist in the GATT Secretariat in Geneva (1988-93), supporting the Uruguay Round negotiations. He has published widely on the GATT/WTO, trade negotiations, international trade and investment in services, trade preferences and regional integration. He is a graduate of the Erasmus University Rotterdam, holds a Ph.D. in economics from the University of Michigan and is a Research Fellow of the London-based Centre for Economic Policy Research. His most recent publication is The Political Economy of the World Trading System (Oxford University Press, 3rd edition, 2009).