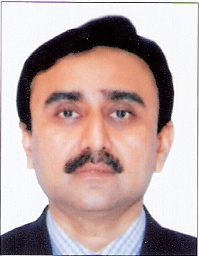 Mr. Nikhil Gandhi is a first generation entrepreneur with over 20 years of rich experience in conceiving and developing mega infrastructure projects in India under the aegis of SKIL Infrastructure Ltd. (SKIL). SKIL has since inception, been a pioneer in successfully setting up first-of-its kind Greenfield infrastructure projects in India. SKIL conceived and developed, when there was no policy and precedent, India’s first private sector modern sea-port at Pipavav, Gujarat, followed by successful development of private Expressway, first private Rail Logistics and first broad-gauge Railway projects. He pioneered the concept of Special Economic Zones in the country and was the first promoter of the largest SEZ in India near Navi Mumbai. Mr. Gandhi most recently led the SKIL Group’s initiative of developing an ultra modern defence focused dockyard and engineering complex with the second largest dry dock in the world. Pipavav Defence & Offshore Engineering Co. Ltd. is listed on NSE / BSE with Market Cap over US$ 1 bn. His vision and concerted efforts have resulted in creation of a world class, state-of-the-art defence shipbuilding and offshore assets fabrication facility, which is comparable to the best in the world. Pipavav Defence was dedicated to the nation by the Honourable Prime Minister of India, Dr. Manmohan Singh, on June 1, 2010.