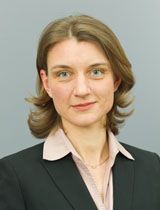 Dr. Daniela Schwarzer is since 1 July 2017 Director of the German Council on Foreign Relations (DGAP), after leading its Research Institute from November 2016 to June 2017. Until October 2016 she was a member of the executive team of the German Marshall Fund of the United States (GMF) as Senior Director of Research and Director of the Europe Program and the Berlin office. From 2005 to 2013, Schwarzer worked with Stiftung Wissenschaft und Politik (SWP, the German Institute for International and Security Affairs). She headed the European Integration Division as of 2008 and was a Senior Fellow from 2005 to 2008. From 1999 to 2005, she was editorialist and France correspondent of FT Deutschland.